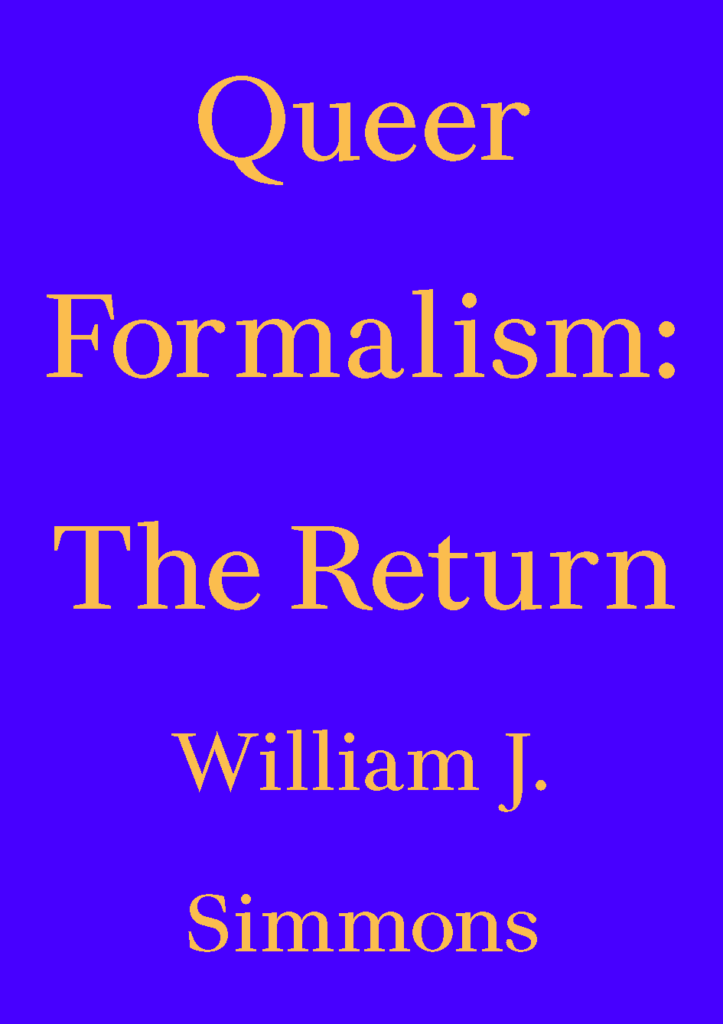 William J. Simmons is an art historian, curator, writer, and poet based in Los Angeles and New York. He has degrees in art history from Harvard University and the University of Southern California. His work has been published in numerous international journals, magazines, edited volumes, and monographs, and he has lectured widely. He is a contributing editor at King Kong Magazine and Flash Art. He was the Curator of Special Projects for the 2020 Felix Fair in Los Angeles.